“He is almost 13 and remembers having to use the Epi-Pen at two years old. Imagine that.”

A call from the daycare.

“Meet me at the hospital. We had to use the Epi-Pen.”

Your heart races, but you have to focus to drive to the hospital. When you get there, your child is sobbing, crying. Then in the next instance, he turns purple and breaks out in hives. They have to give him another shot of epinephrine.

He eventually stops breaking out in hives and the color returns to his face. After about six hours, we can leave the hospital. But you spend all night watching him. You don’t sleep because you want to make sure that he is still breathing.

He sleeps soundly. You don’t. You go through the food in the pantry to make sure none of it has any of the allergens that would send him back to the hospital.

We found out that my son had food allergies when he was one year old. We thought that we could just go to regular milk. He had an intolerance to normal formula and we used soy, but it didn’t dawn on us that intolerance was an allergy.

After he ate a creamed spinach baby food meal and broke out in hives, I took him to the pediatrician who sent us to the allergist. We then found out that he was allergic to dairy, eggs (white and yolk), tree nuts, and peanuts. The nut allergies were life threatening. We were given an action plan and an Epi-Pen and told to keep a supply of Benedryl. 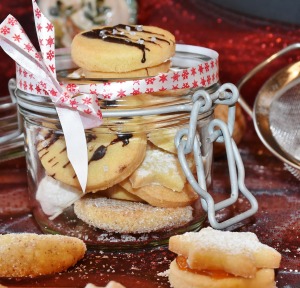 Life changed from there. I had allergies to sulfur and certain food intolerances, but I knew how to avoid things for myself. We had a child who was just getting to table food. How would we handle it?

For the first year, he ate like a vegan. It was actually pretty simple. I found out about the Anaphylaxis Network  and I found recipes that he loved. I made an egg free cake that he loves (and that everyone else eats too) so he never missed birthday cake. We had to pack his lunch for elementary school and bring his snacks whenever he went out. I got in the habit of looking up the menu at restaurants before we went out to eat and then advised we had a person with allergies at the table.

It became easier, especially once  restaurants started putting food allergens online. The hardest thing was getting family to follow suit.

I can’t tell you how many times I heard “It’s only a cookie.”

Not when your child has a life threatening food allergy. It’s never just a cookie.

It was the single most annoying thing that people did. “It’s just….” NO. It’s not just a french fry (Which by the way, McDonald’s fries list milk as an ingredient in their fries). NO. It’s not just spaghetti noodles.

Have you ever taken the time to read the ingredients or labels? Many labels note that ingredients were processed on shared equipment. That means that your cheese crackers could have been made on the same processing area as the peanut butter crackers. But of course, cheese crackers don’t have peanut butter in them. But that contamination could be deadly to a person with peanut allergies.

If you have never had an allergy, having to read labels seems time consuming. It seems tedious. But it is life saving. Some noodles have egg in them, so when we go to someone’s house, I have to ask what brand noodles they used in the lasagna before I can let my son eat it. I got tired of that quickly, so we just bring his food with him. And honestly, he won’t eat any one else’s cooking unless I okay it.

He is almost 13 and remembers having to use the Epi-Pen at two years old. Imagine that.

Each year, he gets a blood test done so that we can see if his food allergy levels are still high. He grew out of the dairy allergy at two years old. He enjoys pizza and macaroni and cheese. The egg allergy is almost gone. He has ingested baked goods with egg and not broken out in hives or required medical attention. The peanut and nut thank goodness, he has never ingested it.

Dealing with food allergies is not as difficult as I thought it would be. My son has never missed a meal. He always has birthday cake.

Here’s a few things we did to help manage the allergies:

Keep Benedryl and an Epi-Pen handy. My son is a pre-teen. He carries a backpack everywhere he goes. It has snacks and his Epi-Pen. He is clear on what he is allergic to as well. And he also knows to refuse food from people he does not know or if it is something he has not eaten in the past.

If you want more information or recipes, check out the Anaphylaxis Network.