~”He would always say ‘You better learn when to stop fighting before you get yourself killed.'” 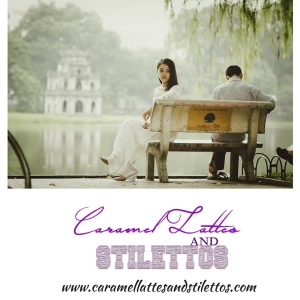 As I think back over my life, there was never a time that I would’ve believed I would be a victim of domestic violence. While my father didn’t spare the rod on my older brothers and sister, my younger sister and I seemed to have gotten away with murder. And no matter what he did to the kids, my father never lifted a violent hand towards my mother. He respected her as his queen and never caused her a second of physical or verbal pain. So how did I end up marrying a violent man? Not only was he okay with hitting me, but he had no problem separating me from my family, my friends or making me financially weak. I found myself living in Virginia, looking around wondering how in the hell had I gotten in that situation.

Well, when I was younger (19 years old) my father passed. His death sent my family into a tail spin. During this time, the guy I thought I loved walked out on me, the next year my grandmother died and my grandfather the next. My family was a mess and I was an emotional wreck. Then he came along. He was the friend of a friend and an old college classmate. He said the right things, made the right promises and I, despite my feelings of dread, stood in a court house and married him. Shortly thereafter, I moved to Virginia to start a new life with him. I knew no one there, had no job, no friends, no family. Almost immediately, the harassment about a job started. So I went out and secured a great job at a Washington, DC insurance company. Now he was mad because my job paid me more than his paid him. I came home with money from my first paycheck securely tucked in my purse. When I came out of the restroom, my purse had been rummaged through and all of my money was gone. His response was to throw $5 of my money back in my face and tell me that was all I needed to survive for a week. The next morning, I left for work early so that I’d have time to go by the ATM. Figuring out my plan, he pulled into the bank parking lot as I was running to my car with a fist full of cash. Yes, he tried to plow me down with his car, but thank God he missed. Everyday thereafter, he inspected my purse, clothes and car for money. He never found any and I was never broke.

It wasn’t long after that the physical abuse started. He would always say “You better learn when to stop fighting before you get yourself killed.” I never stopped fighting. I cried every day that pulled up into the apartment parking lot and saw his car. I cried for the life I was living, for the stress he was putting me through, for the fight I knew would be waiting for me on the other side of the door. But for every lick hit threw, I threw two. That is until he came home, punched me and elbowed me in the chest so hard that I temporarily lost the ability to breathe. It wasn’t  three full days later that we got up to go to work, I let him leave first, changed my clothes, packed my car and moved back with my family in Atlanta. I had a plan, co-workers knew about it as did my family, and I executed it when there was no imminent danger. I took my life back.

I beg of you to please recognize the signs of abuse (there are so many). If someone is constantly telling you that you can’t do anything right or you’re stupid, if they control your comings and goings, make you financially dependent on them, isolate you from your family and friends, destroy your property, you are in an abusive situation. If they hit you, pull your hair, force you to engage in sexual activity, use your children against you, are constantly threatening you, then you are being abused. Recognize the red flags (see a full list @ http://www.hotline.org), don’t believe all of the negative things that your partner says about you. You are more than they care to give you credit for. If you’re already in an abusive situation, please plan your escape. This is not something you can do without a carefully laid out plan.

There are many resources available to you, one of which is The National Domestic Violence Hotline. They can be reached via phone @ 800-799-7233 or 800-787-9224 (TTY). If you don’t have access to a phone, but can use a computer, please log onto to www.hotline.org and click the “Chat Now” button in the upper right corner. You are not alone! Please reach out for help.

Follow Stacey on Twitter @CovingtonLee & IG @SCovingtonLee and pick up her fictional book on domestic violence, Hate The Way He Loves Me.