I’ve been dating a man and he is wonderful. He’s kind, attentive, and everything that I’ve been looking for in a man. The problem is I don’t feel like we are sexually compatible. He’s not as adventurous and does not do all of the things that I would like him to do. I’ve talked to him about it and he still doesn’t seem comfortable exploring. We’ve been dating about two years and I would completely marry him if the sex was better. Should I stay with him despite the boring sex life?

Statistically speaking, the top two reasons for divorce are money and sex (or the lack thereof). Satisfying sex is a very important part of a loving relationship. Not only does it help to keep you emotionally and physically connected to your partner, but good/satisfying sex also offer many health benefits. If you’re not satisfied now I would say to seriously consider how things may change sexually in the future. What will happen as you get older and his sex drive decreases (as men sometimes do) and yours increases (as women often do)? How frustrated will you become as he continually shoots down your adventurous ideas? Its rare (if ever) that we find a person with every single quality that we’ve ever dreamed of in a mate. You have to weigh the good against the bad, decide what you can and can’t live with. Ultimately it’s a question that only you can answer.

Oh boy! This is not good. A healthy sex life is a very important factor in a relationship. The sexual connection you and your partner share is a wonderful gateway of fostering a deeper connection – both emotionally and spiritually. When one individual suffers chronically in this area it can cause problems in the relationship. If you decide to try to make it work, consider tantric therapy. If he is not willing to explore other avenues for opening up sexually then I would say that this may be a red flag that he has some unresolved emotional or psychological issues. These unresolved issues will more than likely spill over into other areas of your relationship. If he is not willing to work on these issues, without resentment, then that is a sign for you to move on. Your growth of your relationship will be stunted if this situation is not resolved. Over time, you will harbor resentment and may resort to unhealthy means of getting your needs met – which harms you in the end. 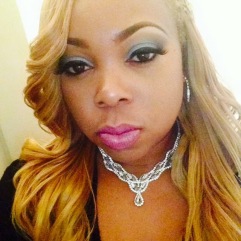 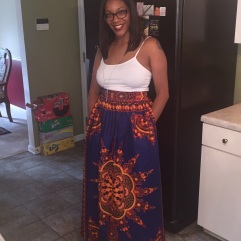 Ahhhh, I feel like sex is so important in a relationship. Maybe you two could try sex therapy? Maybe there’s a reason he’s sexually conservative.

Compatibility is necessary all of the way around. This is not like he likes to go to football games and you don’t. This is about intimacy and something that helps to hold your relationship in tact. This is also about listening to one another. He should listen to you and try to accommodate what it is you need in the relationship. You should also in turn listen to him as to why he is holding back on being more adventurous. If the two of you can’t come to a middle ground, that could be an issue to discuss in therapy before marriage!

From the Male POV ~ CJ

You have a real problem on your hands… And that problem is you. It’s ridiculous to say how wonderful he is and then lob off 3 different things as to YOUR problems with this “wonderful” man. You’d rather focus on the 10% that’s wrong instead of the 90% that’s right. Unfortunately, this is a pattern in most relationships – people focus on the 10% instead of valuing the overall relationship. Then they leave for good sex, then find the good sex and end up with herpes. If he’s not comfortable doing those things then accept that and stop trying to make him what YOU think he should be. He doesn’t owe you anything so you should value what he does instead of knocking him for what he doesn’t do. Since boring sex is a deal breaker then I suggest you leave so that you can find good sex. If that’s not what you want, then appreciate the fact that you have someone wonderful in your life because NO MAN is going to be EVERYTHING you want and need. And if you think a man should be everything you want and need then you’re not ready for an adult relationship and should continue watching Disney movies until you increase your EQ (google it)
P.S. IF (by any chance) you’re still thinking about the “adventurous” sex you used to have with another guy then you need to let that go and stop wishing THIS guy would do what some other guy did.
P.P.S. The grass isn’t greener on the other side… so don’t be stupid. Value what you have.