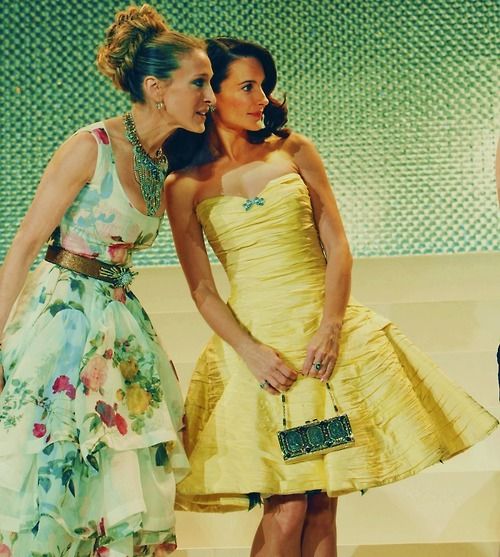 “The last thing you need is judgment when you are really trying to figure something out. We all need someone to talk to, to bounce ideas off of and get perspective.”

Twenty years late, I found Sex And The City and fell in love. I really don’t know what I was doing when it was on, but this year, I binge watched every episode from season one to the very last episode as well as the two movies.

I don’t think I would have related to the characters when the show was on. But now in my late 30s, I get it. I understand the friendships and the dynamics as well as their struggles in their personal lives and careers.

At the end of the day, SATC is all about friendships and sisterhood. And I can relate to that.

Recently, I was watching the Sex And The City movie and there was a scene with Charlotte and Carrie where Carrie blurts out her opinion on Charlotte and her marriage. Charlotte is hurt, Carrie does not seem to care that what she said seemed hurtful. She did not seem to have much empathy, especially because at the time, Carrie’s own relationship with Big was struggling (as usual). 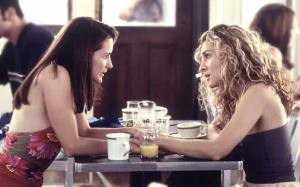 I am obsessed with SATC. I tried to figure out which character was most like me. While I identify with Carrie, I see a lot of myself in Charlotte. And I definitely have a close knit group of girlfriends like them. One thing  was that as tight as they were, they did not always speak honestly on each other’s relationships, even when asked. And somehow, some of their comments felt judgmental. My friends are brutally honest to a fault. But non-judgmental.

Relationships are tough as it is. The last thing you need is judgment when you are really trying to figure something out. We all need someone to talk to, to bounce ideas off of and get perspective. 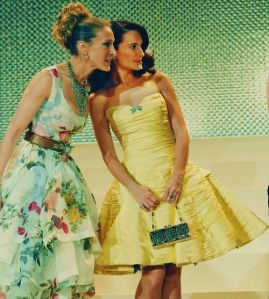 By no means am I a fairweather friend. I’m there for you at your lowest and through your success. When I watched that scene in SATC, at first I was a bit put off by the way that Carrie reacted to Charlotte. I thought that reaction came from Carrie’s own resentment in her consistently turbulent relationship with Big. But then I realized that it could have been from the fact that she was slightly irritated by Charlotte complaining and not being appreciative for what she had.

We all go through periods of indecision, insecurity, and the highs and lows of life in general. At what point do you continue to be the encouraging friend when you are really tired of hearing the complaints when your friend refuses to change what is not working? Or at what point do you, as the friend that is continuing in the dysfunction recognize that you are dysfunctional and living in it? I believe as friends, we should be there to help uplift one another. But I have learned the art of saying “How is that working for you?” or not saying much at all after I have said my peace about a situation.  I have also learned that it is okay to take a break. Focus on your own life and not take phone calls so that you can restore your own energy. It’s not easy, because I am the friend that gives advice and offers an opinion.

Despite their disagreement and the slight bump in the road, Charlotte and Carrie were friends. Although they did not always agree on relationships and life, they had agreed to be there for one another no matter what and they were able to get through those tough times- and the snide remarks that were made through hurt and pain. Friendship is not always easy. There are ups and downs. The important thing is to stick together and weather the storms of life. That’s all that matters.